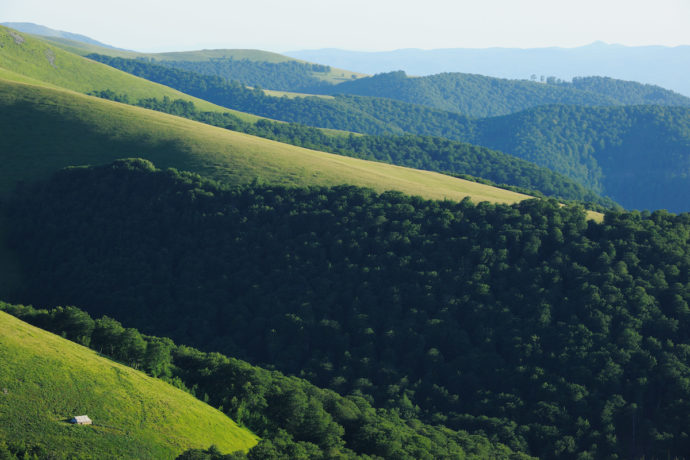 The Carpathians are Europe’s largest mountain range, stretching in an arc across the Czech Republic, Slovakia, Poland, Ukraine and Romania. Their elevation ranges from around 100m to 2.655m and the climate is moderately cool and humid. Forests cover approximately 50% of the region, and up to 90% between 1.000 m and 1.500 m (Koxak et al., 2008). The region is critically important for biodiversity conservation in Europe, hosting vast semi-natural old-growth forest, many endemic species, Europe’s largest wolf and brown bear populations (UNEP, 2007), and some of the largest wild populations of European bison (Perzanowski and Koxak, 2000).

Few places in Europe where nature is still preserved in its wildest state remain untouched. This is having a severe impact on the wellbeing of our natural environment on which we depend.

Wilderness areas have an indispensable role in the health of our ecosystems. With the growing concern for the security of our natural resources and the impacts of climate change, our values are also shifting towards a closer relationship with nature and our appreciation of the role that wilderness plays in maintaining balance in our ecosystem is increasing.

The Țarcu Mountains site has a surface of almost 59.000 ha and supports a diversity of ecosystems that are predominantly natural (81%), with rich biodiversity and an abundance of species that is 25-78 times higher than the national average. More than 10.000 ha of the forested land is covered by virgin and quasi-virgin forests, which is 29% of the site’s forests and 1/6 of the whole site. The Țarcu Mountains hosts protected species of mammals (the wolf, lynx, bear, chamois), birds (the Eurasian eagle-owl, the golden eagle, the hoopoe, the capercaillie), amphibians (the yellow-bellied toad, the salamander), plants (the arnica montana, the Carpathian tozzia), fish (the European bullhead, the barbel).

The Rusca Montană-Țarcu-Retezat has almost 25.000 ha and it’s comprised mostly of compact forests, but also meadows or transition areas. It is part of the regional network of sites which connect the Apuseni Mountains (west of Romania) and the Southern Carpathians. Its ecological value lies in the fact that it hosts favourable habitats for all three large carnivores (the bear, wolf and lynx), and includes the so-called Transylvanian Iron Gate – the only permeable sector of national road DN 68 Haţeg-Caransebeş which otherwise acts as a major ecological barrier between the two large areas mentioned above. Apart from large carnivores, the site also hosts small carnivores (the fox, marten and otter to a lesser degree), stable populations of large herbivores (the red deer, the roe deer), wild boars, hares, badgers, etc.