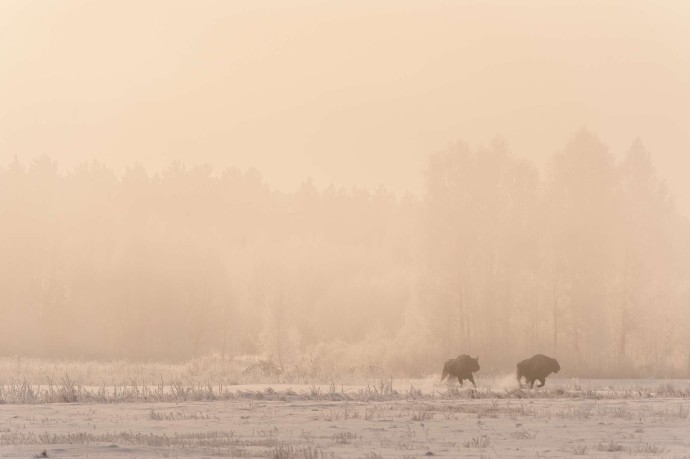 Few species symbolise the state of nature conservation in Europe as vividly as the European bison. Nearly extinct in the last century, it was rescued by passionate conservationists from the last animals in captivity, and although it is now benefiting from a growing environmental awareness, the European bison is still not out of danger and remains virtually unknown to the general public. The result of the long-term conservation of the European bison species (Bison bonasus) is the increase in population from about 1,800 in 2003 to over 6,200 in 2019, justifying the transition from vulnerable to almost threatened in the red list of species according to IUCN.

Our overall goal is to facilitate the recovery of the wild bison population from the south-west of Romania, where they disappeared from about 200 years ago. In this view, we’re going to establish two new sub-populations in the Țarcu and Poiana Ruscă Mountains, and create the conditions for these to migrate from one site to the other for genetic exchanges. To support this core conservation goal, we’re developing and using an ample monitoring and research programme to look into the evolution of the bison and their impact on the ecosystem, and the state of their habitats, as well as a bison-focused tourism development programme and an education programme targeted at kids and youth in the reintroduction sites.